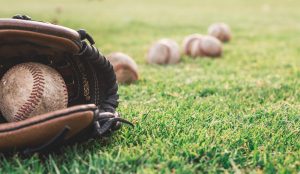 It’s easy to coach the good players. They can already do what you ask them to do. They don’t need that much coaching, really. It’s easy to give them attention.

But the coach that gives attention only to the best players isn’t really coaching. He’s just doing what everyone else does.

The stars of Jesus’ day were the Pharisees. Outwardly, they looked polished and perfect, following the letter of the Jewish Law completely. Everyone wanted to be like them, to enjoy the attention they got for being so good.

But that’s not who Jesus chose as part of the Twelve.

Instead, he gathered a group that included theologically uneductated and religiously unpolished men. Fishermen, tax collectors, and other randoms were called to be part of the early band of disciples. They were rough around the edges, needed coaching in the worst way, and didn’t know all the right ways to act.

He was perfect for them.

Matthew 4:18…”Now as Jesus was walking by the Sea of Galilee, he saw two brothers, Simon who was called Peter, and Andrew his brother, casting a net into the sea, for they were fishermen.”

Some keys: he walked where he knew they would be. He saw them for who and what they were, but also for what he knew they could be.

That’s how Jesus does it. That’s how he elevates people who otherwise have no business changing the world.

He sees them. For who they are, but also for who they can be in and because of him.

He doesn’t look first at who we are on the outside, which can be deceptive. He sees who we really are, what we are really dealing with, beyond the act we use to disguise it all.

Our players and teammates are aching for the same thing–to be seen, to be understood, to be loved.

See them. Not just the great ones. All of them. See them. Know them. Elevated them. Build them. Just like our Savior has done for us.

Lord Jesus, thank you for seeing and loving me. Lead me to do the same for my team. Amen.