Do The Announcers Know What They’re Talking About? 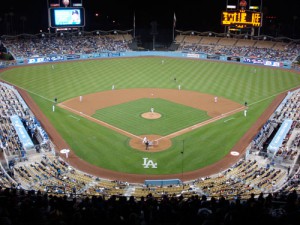 I’ve gotten more skeptical as I’ve gotten older. I guess that’s just normal. In the past, I would watch a game and just take for granted that the announcers calling it knew what they were talking about. After all, they played at some point, right? Or at least they’ve watched lots of baseball, right?

What I’ve since learned is that not everyone really knows what they’re talking about. In fact, some are just misleading. Maybe they don’t mean to be, but they are. What they say doesn’t match what a player actually is doing (or what the commentator actually did as a player).

Proverbs 12:5 describes a scenario that is similar, yet with far more gravity–“The thoughts of the righteous are just, but the counsels of  the wicked are deceitful.”

How can you know if the commentary and on baseball you’re being given by the announcers is correct? Know the game for yourself. Study it. Watch it. Slow it down on video and analyze it. Pay attention to what the best in the world actually DO, not what someone says they do.

How can you know if the commentary and advice on life you’re being given is correct? Know the Bible for yourself. Study it. Learn from it. Read it. Hunger for it. Listen to it. Pay attention to what it actually says, not what you want it to say.

The thoughts of good baseball announcers are just, right, and accurate because they have studied what is actually happening, not what they think is happening or what they think they once did.

The thoughts of the righteous in life are just, right, and accurate because they have studied God, his word, who he is, what he has done, and live in light of it.

Lord Jesus, remind me to hold up every piece of advice against your word. Make me wise. Amen.