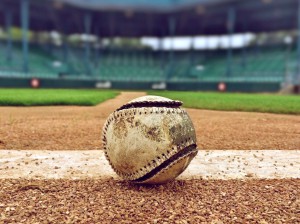 In the past few years, my understanding of and philosophy about the game of baseball have changed. I look for different skills in players than I did years ago. I value certain things that I never thought of before. In some ways, I suppose, I’ve become part of the “new school” of looking at baseball. I’m much more objective (I like numbers) and, in many ways, much more cynical (“clutch” hitting often comes from a guy who just swings at everything).

Yet, if I’m not careful, I can easily discard years of wisdom and expertise from people who have been around the game longer than I’ve been alive.

Why is it that we view coaches who’ve been coaching forever as archaic? Why do we think that the game has passed them by?

Perhaps they might not understand some of the new ways of looking at the value of players (ex: batting average vs. on-base percentage), but they often understand people and the art of leadershop more than all the stat-heads combined. We are foolish to discard that wisdom from them.

Proverbs 8:23 quotes wisdom personified: “From everlasting I was established, from the beginning, from the earliest times of the earth.”

Before the world began, there was God’s wisdom.

Before humans were created, there was God’s wisdom.

Before sin and punishment, there was God’s wisdom.

Before God’s plan was revealed to us, there was God’s wisdom.

Before Jesus came to save us, there was God’s wisdom.

Before the church got started, there was God’s wisdom.

Before the supposed advancement of modern society, there was God’s wisdom.

Before you and I were born, there was God’s wisdom.

Just like the coach whose been around forever, it’s easy to dismiss godly wisdom as something outdated and backward. It just doesn’t fit our current view of what wisdom is (good luck trying to define that, by the way).

The wisdom that was with God when he created all we see, when he dealt with human sin, when he came in the form of Jesus Christ for our salvation, when he planned the end before the beginning…somehow we believe we’ve arrived at a point where that wisdom is no longer valid or helpful.

And what fools we are to discard it.

There is much to learn from the coach who knows people, leadership, and the game.

There is infinitely more to learn from the God who created the heavens and the earth.

Today, let’s humble ourselves, admit we aren’t quite as smart as we claim, seek God’s wisdom, and then repeat it all tomorrow.

Lord Jesus, I admit my arrogance and dismissive attitude toward your wisdom. Thank you for loving me in spite of that. Teach me today. Amen.