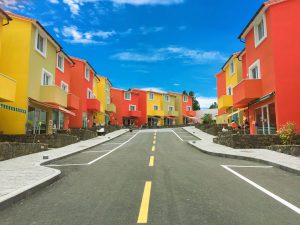 We all hated “neighborhoods.” But for pitcher conditioning in my high school program, neighborhoods were foundational. We started in the school parking lot, ran the winding road past the apartments, turned down the next street, tried to keep up, finally turned on the main road, and headed back toward our point of origin at the school. One “neighborhood” was one lap through, well, the neighborhood. It was probably only about a mile or less for each lap, but running ten or so of them made it seem like we had run a marathon.

Looking back, I have to think that forcing us to run neighborhoods wasn’t so much about getting us in shape as it was testing and improving our character and work ethic. At the time, we all just wanted to get out of them. Some of us did.

Proverbs 10:9–He who walks in integrity walks securely, but he who perverts his ways will be found out.”

It was inevitable. At least once a year, someone would try to beat the neighborhood system. A shortcut through the apartments led straight to the main road. For some, the temptation was overwhelming. Wobbly legs, upset stomach, and disdain for running led a few guys to take the shortcut and hope no one would notice. The problem was, in our program, someone was always watching.

Just like the verse says, they were found out.

A couple of lessons were reinforced for me every time that happened.

Integrity matters. God values it. People value it. Regardless of how our society slips into amorality, deep inside us, we want people to do what’s right.

Integrity protects. The guys who finished last in the neighborhood run weren’t scolded, as long as they ran hard and didn’t take shortcuts to get ahead. In life, those whose “walks” are marked by godly integrity and character shield themselves from the natural consequences that come from going around God’s commands.

Integrity perseveres. It was tough to watch guys take shortcuts. It was tempting to join them, especially on the rare occasion when they didn’t get caught. But the guys who ran the whole loop proved that integrity is something that remains pure even in the face of overwhelming temptation. Godly integrity, powered by the Holy Spirit, keeps going, keeps living for the Lord, keeps doing what God has said is right, even when no one else does.

Integrity wins. The guys who took shortcuts on the neighborhood run took shortcuts in other areas, too. It wasn’t that they just wanted to get out of a little running; they had a deeper problem, as do we all when we leave the path God intends for us. In the end, the neighborhood shortcut came to light. In the end, so will our lack of integrity in life. Godly integrity, because it is what God commands, is what God rewards.

Today, my prayer for you and for me is that we will simply choose to trust God and to walk his path, even when the road get long and difficult.

Lord Jesus, thank you for the path of integrity you’ve put before me. By the power of your Holy Spirit, enable me to walk it, to trust you, and to live with godly integrity. Amen.