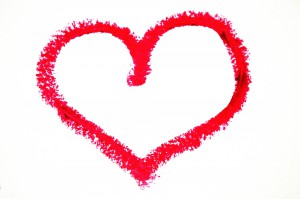 (To any ladies reading this, hang with me…this isn’t about hating on you).

What’s the problem? He got distracted. He believed spending time with his girl was more pressing than spending time on his game. His girl was happy, but his game suffered terribly. And the coach is just shaking his head.

This isn’t a post about whether or not a guy should have a girlfriend. It’s a post about something far more serious than that.

Proverbs 5:9-10–“Lest you give your vigor to others, and your years to the cruel one; lest strangers be filled with your strength, and your hard-earned goods go to the house of an alien.”

Leading up to these words, the proverb writer has spoken from the perspective of a wise dad talking to his son. In the preceding verses, dad warns his son about the dangers of lust and the dangers of giving into that lust. He knows his son will be tempted sexually and he wants the son to be prepared.

In these verses, dad lays out the consequences of giving into sexual temptation. While the pleasure might last a while (sin is always pleasurable for a time), eventually it catches up with you, says dad. In the end, your best years, all you’ve worked for, and your reputation are all traded for some moments of fleeting pleasure. God has designed sexuality for your benefit, but only when expressed through the vehicle he designed: a marriage between husband and wife.

The player who forfeits his potential because of a girl is simply a microcosm of the greater issue shown here in Proverbs. Giving up a baseball future is a small thing compared to ruining the rest of your life, which is exactly what has happened in thousands of cases to thousands of men, young and old.

Guys, hear the warnings in Proverbs. Sexual temptation isn’t innocent. Satan intends to destroy you by it. If you know Jesus, your life isn’t your own. And that’s great news. He’s got something in store for you that those fleeting pleasure can never replace. Be careful to listen to him, to follow his ways, to trust him, to seek him in temptation, to wait on his best for your life. Refuse to be another statistic representing another life ruined by an unwillingness or inability to let the Lord control this area of your life.

Lord Jesus, I’m choosing today to trust you in the area of my sexuality. I want your best for me and I’m willing to wait on it. Give me strength and wisdom when I’m tempted. Thank you for loving me, even when I fail. Amen.