Walk Slowly Through the Crowd 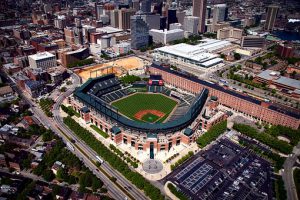 Cal Ripken, Jr. is one of the most popular players of his era. Beyond his consecutive games record, Ripken was a great player and a fan favorite on and off the field. Hours after games ended, Ripken was still signing autographs, particularly in the wake of the player strike of 1994-95. He knew the fans needed him, a show of goodwill, and to be close to one of their heroes.

It worked. He won fans over not only in Baltimore, but around the country. Ripken walked slowly through the crowd and impacted those around him in significant ways.

Before preaching the greatest sermon ever preached in Matthew 5, Jesus encountered the crowds. These are the crowds who needed him, his message, and his kingdom. But these were the same crowds that would later shout for his crucifixion. Our Lord had a choice to make. Himself or the crowds. He could have hurried on with his disciples, but he walked slowly through the crowd that day, teaching and calling them to repentance.

Our ‘crowd’ might include one or many, but let’s follow our Lord’s example. Let’s walk slowly through that crowd, touching the lives of people, hearing their stories, feeling their pain, pointing them to Jesus in word and action.

Walk slowly through the crowd. That’s where the Lord is often found.

Lord Jesus, teach me to impact the lives of those around me. Amen.