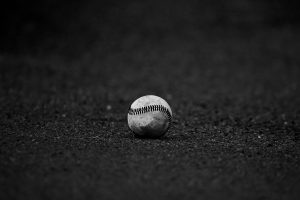 Today would have been opening day for our baseball team. Instead, we sit at home, wondering when and if our season will begin. We could have played tonight and lost, which would have hurt, but this hurts more. It’s a bigger loss.

During this pandemic crisis, we’ve all lost something. Time, money, activities, security, or more. Loss is powerful, causing so many emotions.

Some of us aren’t sure what we should feel right now. Should I feel angry? Scared? Calm? Confused? All of those?

Here’s what I believe: we have permission to feel whatever we’re feeling.

As I continue to read the Psalms, I’m struck by the feelings expressed by the writers. Keep in mind that these were people who had a deep faith and trust in the Lord, people who had seen God do miraculous things on their behalf, people who we might think should never have a ‘negative’ emotion.

And yet negative emotion is on nearly every page.

They were afraid when their enemies seemed to have the upper hand.

They were angry when God seemed to be absent or silent.

They were confused when believers were attacked.

So they shouted and cried out. At the world. At their enemies. At their situations. At God himself.

And there’s no record that God told them not to.

Apparently, he could handle their negative emotions, their fear, anger, confusion, and shouting.

He used it all to draw them closer to himself.

Today, in the midst of our losses because of a pandemic out of our control, we have permission to feel. God can handle it.