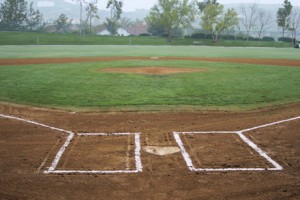 There’s a great monologue by the late comedian George Carlin, in which he describes the differences between baseball and football. It’s worth the watch when you have the chance. Carlin talks of football in serious tones, wherein the goal is to march down the field, riddling the opposition with both a ground and air attack, pushing through its defenses, in order to reach the goal and outlast them in the end. Baseball, however, is detailed with a happy demeanor, where the goal is simply to get home, to be safe at home.

If we’re honest, we all prefer baseball’s goal to that of football. We just want to be safe. At home. To be safe at home. We want to make it around the bases of life without much trouble and arrive safely at home one day. A nice, quiet life, full of predictability and peace…I’ll take it.

God’s plans for us, however, are often far from that.

In Matthew 2:13-15, 17-19, the Jewish carpenter who assumed he would remain in his safe hometown until his dying days was forced into a life of upheaval and insecurity. He lost his home and his safety once Jesus entered his life. Finding himself on the run from the Roman authorities, Joseph fled from town to town at the command of the angels who appeared to him in dreams.

Yet, he was in the very center of God’s will for him.

Far too often, we believe a life lived for the Lord results in perpetual earthly peace and security. We are then offended when God’s path for us is anything but that.

I’ve come to realize that the center of God’s will is the best, but not always the “earthly” safest, place to be. Joseph discovered that and we follow his example.

Safe at home? If that’s your goal, you might miss out on knowing God’s love and care in the uncertainties of life.

Lord Jesus, help me to trust you beyond my desire for a safe and peaceful experience here on earth. Amen.