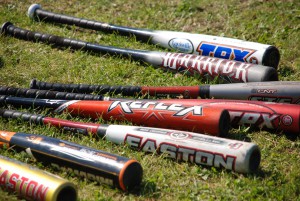 It’s amazing…Major League hitters can time a fastball traveling 100 MPH, hit it hard, and make it look easy. Those same hitters can look silly, however, when the pitcher mixes in a devastating changeup.

Timing, the key to baseball. Yet, no one has perfect timing every single time.

Well, there is one…

Matthew 1 records the genealogical record of Jesus. From way back with Abraham, through the years of the Patriarchs, King David, the Exile, and right to the Savior’s earthly father, Jesus’ family history covers the gambit of ancient Jewish history.

God promised Abraham he would be the father of nations. He promised David his kingdom would never end. He promised Israel he would restore her to her former glory. But none of it had happened as the Old Testament pages closed.

Had God messed up? Had he forgotten? Was his timing off?

Not a chance, Matthew reminds us.

At a time when the Jews knew it would take a Messiah to save them, when the Caesar had declared himself “The Prince of Peace”, when the Pax Romana provided safe passage of the Gospel message throughout the Roman Empire, when Koine Greek was the common language of the known world…at that time, Jesus was born. At the right time. On time. That’s God.

Maybe that’s the reminder you need today. Maybe that’s what will help you trust God when all hope seems lost, when tragedy strikes, when finances dry up, when children run from him.

God’s timing is never off. Trust him today.

Lord Jesus, when I don’t see what you’re doing, help me to trust you. Amen.