There Goes the Greatest Hitter Who Ever Lived 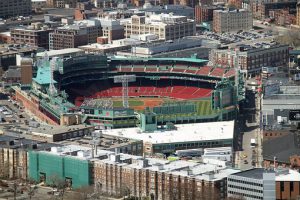 He entered the field to thunderous applause. As Major League Baseball recognized the all-century team from the 1900s, Ted Williams was the grand finale. “The greatest hitter that ever lived.” Aged, unable to walk more than a few steps, and long past his playing days, Williams was greeted before the 1999 All-Star game by past and present legends in the game who surrounded him around the pitcher’s mound, shaking his hand, looking in awe at this old man who was once better than anyone else.

Baseball knows how to honor its elderly.

If only the same were true of all of us in life.

Proverbs 16:31 gives God’s perspective: “A gray head is a crown of glory: it is found in the way of righteousness.”

The writer here speaks of what is the ideal, what should be the case of those of a certain age. Their gray hair should signify the glory of a life well lived. It should be the evidence that they have walked with God a long time.

There’s no way to guarantee that you and I will ever be celebrated like Ted Williams because of our baseball accomplishments. There’s also no guarantee that living godly will be rewarded with fame and fortune.

But there is a way to guarantee that the people in our lives honor us as we age: take a long walk with God in the same direction.

Every day. Every week. Every year. Walk with God.

That’s how the elderly become worthy of great honor. That’s why we should honor the elderly, not simply because they have outlived so many, but because–and if–they walk with God for as long as they know him.

Williams played in such a way that it was later said of him, “There goes the greatest hitter who ever lived.”

Let’s live in such a way that our kids and grandkids can honestly say, “There goes the greatest man I ever knew.”

Lord Jesus, only by your strength and grace can I be the man you’ve called me to be. Help me to walk with you every day of my life. Amen.