How To Fail Miserably 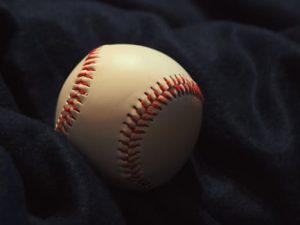 He could guarantee them one thing: if they kept doing it their way, refused to be coachable…they would fail. It might not happen immediately, since they were pretty talented, but it would eventually catch up with them. He knew that one day they would face someone just as talented and would need the guidance and instruction of good coaching to help them secure victory.

He was right. Early season victories only added to their arrogance and feeling of invincibility. When the season was on the line, however, when things got difficult, they failed. Miserably. Publicly. He wasn’t one to say, “I told you so,” but that’s all that went through his mind as he looked at his shocked bunch of players after an early exit in the postseason tournament.

He was reminded yet again of Proverbs 11:14–“Where there is no guidance, the people fall, but in abundance of counselors there is victory.”

Failure in baseball might be embarrassing, but it pales to that in life, which can be devastating.

According to this verse, there are ways to ensure you fail miserably in life.

Go alone. Be THAT guy. The one who believes he’s got it all under his control, needs no one, and that he will be ok. Problem is, no one has ever been a truly self-made person. And such self-sufficiency flies in the face of the call of Jesus to dependence on him.

Assume you know everything you need to know. About the issues you face. About your future. About everyone. About everything. But, only God knows everything, so unless you and I are him (um, yeah), we are setting ourselves up if we believe there is nothing for us to learn.

Figure it out as you go. They say wisdom comes from experience, but I’m not sure they are always correct. Wisdom, actually, comes from God, who’s already written for us a way to navigate life without making it up as we go. Sure, there will always be things we have to learn on the fly, but that’s far different from just making it up and never being spiritually prepared. God’s word provides that for us.

Lord Jesus, I need your guidance and counsel. I commit to digging into your word and to surrounding myself with godly people. Amen.