Strength That Doesn’t Run Out 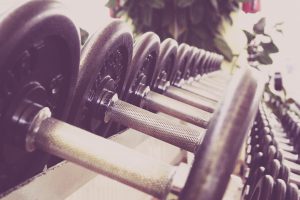 He didn’t appear to be much physically. Short, thin, a guy who many would view as weak. He was overlooked his whole life, really, never getting the opportunities offered to bigger and stronger players.

At times, he got frustrated. It seemed that no matter what he did, he couldn’t add the strength and power he so obviously needed to be successful. On the field, he couldn’t get ahead. Then he read Proverbs 24:5-6 and it changed his life.

“A wise man is strong, and a man of knowledge increases power. For by wise guidance you will wage ward, and in abundance of counselors there is victory.”

He began to see that his on-field performance and victories weren’t what God was looking for.

He began to see that true strength is found in learning and applying the wisdom of God, on and off the field.

He began to see that knowledge of God provides real power, that it’s not found in just how physically strong he was or was not.

He began to see that physical strength and performance were illusions, deceptive even, when it comes to the real things in life.

He began to see that he needed lots of godly people around him to help him win the victories God wanted for him.

He began to see that even a guy who wasn’t physically imposing could be the strongest man in the room, on the team, and in society.

He began to see that physical strength will one day run out, but the wisdom of God, given by His Son through the Holy Spirit, never will.

So he began to pray…

Lord Jesus, whether you make me the greatest player or coach doesn’t matter as much to me anymore. Make me a man who knows you, understands you, and lives for you. Bless me with strength that never runs out. Amen.