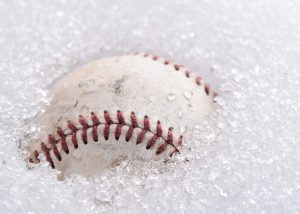 “Unbelievable.” That was my thought when I heard the story. “How could you treat someone like that?,” I wondered aloud.

But the more I thought about it, the more it made sense.

He wasn’t one of “their guys.” He didn’t grow up with the rest of them. His parents didn’t have the money the rest did.

So, when it came time to either win or keep him on the team, his coaches replaced him.

His coaches revealed their true colors and he paid the price at 9 years old.

Proverbs 23:5-6 highlight this–“Do not eat the bread of a selfish man, or desire his delicacies; for as he thinks within himself, so he is. He says to you, ‘Eat and drink!’ But his heart is not with you. You will vomit up the morsel you have eaten, and waste your compliments.”

Looking back on it, his parents regretted ever trying to get him on the team. At first, the coach seemed to be all smiles and pats on the back. He provided great uniforms, even had his own facility at home for the team to use when the weather wasn’t good. He spoke so highly of their son.

Then they found out all he cared about was winning 9-year-old baseball games.

If only they had been warned of his selfishness. If only someone had told them he was in it for himself. If only they could have spared their son from this coach.

Truthfully, we don’t always know a person is selfish until we’ve been hurt by them, especially in sports. You’ll notice them, though, if you pay attention.

The selfish ones are those who turn on you when you don’t do what they want you to do. It’s not as if they just have a high standard; instead, they have a “me” standard, making sure everyone else knows it’s their way or the highway.

The selfish ones are those who immediately move on to someone else when you stop producing for them. They are impatient and rude when you aren’t yet perfect.

The selfish ones are those who throw a fit when things don’t go their way. It’s always someone else’s fault and those who feel the wrath and scorn most are the weakest links in the chain.

The selfish ones are those who constantly talk about how everyone is out to get them. No one helps them. No one gets it. And so on.

What do you do with selfish people in the game? Well, if you take the advice of these verses in Proverbs, you move on, refusing to enable them anymore. But what about reaching them for Jesus? Sometimes, selfish people have to wind up all alone before they realize the problem is them.

Lord Jesus, give me discernment and humility. Help me see myself and people the way you do. Amen.