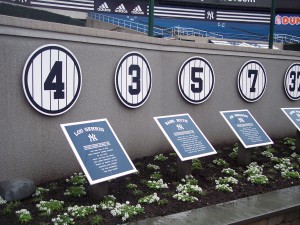 Here are my five reasons, in ascending order, you should love the All-Star Game.

5. That Dude. The one you’ve never heard of. He’s having a monster year and someone recognized it. He’s been around forever and is finally being rewarded. He’s getting a once-in-a-lifetime chance to be IN THE ALL-STAR GAME! He might never get the opportunity again. I love it for him, for his family, for his former coaches. Incredible. Baseball has a spot for that dude.

4. Match-ups. Legend vs. Legend. Sure, sometimes it happens when teams play in the regular season, but it’s guaranteed in the All-Star Game. I’ll never forget watching Pedro Martinez mow down five potential Hall of Fame players in 1999. Every game gives us the chance to see something like that.

3. It’s a real game. Full disclosure: I don’t watch any other sport’s All-Star game. Many of them are a joke. Just try tuning in for the revolving-door defense showcased in the NBA game or the two-hand touch played by the NFL. Hockey dudes are crazy, so they probably play hard. But, the Major League Baseball All-Star Game is the best…because it’s a real game. You won’t see guys lobbing the ball plateward. You won’t see guys just trying to tap one back to the pitcher. Baseball inherently requires that it be played legitimately, even if the game doesn’t matter.

2. Hall of Famers. Mike Trout, Justin Verlander, Aroldis Chapman, Chris Sale, Jose Altuve, Yadier Molina, Buster Posey, Joey Votto, Zack Greinke, Max Scherzer…they’re in. Mark it down. And I didn’t even mention Bryce Harper, Nolan Arenado, Manny Machado, and a host of other young players whose careers might well land them in Cooperstown. Where else will you see them all play in the same game?

1. Lineup Introductions. This is, by far, my favorite moment of the entire baseball season. The uniforms pop, the crow cheers or boos, the players look into the camera, the families relish every moment. To hear your name, or your son’s name, introduced as a member of the All-Star team? That’s baseball heaven.