Even the Opposing Fans Admired Him 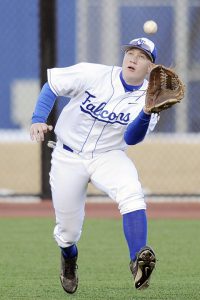 The home fans loved him. He could do no wrong in their eyes. Running hard on even routine plays, he impressed them with his work ethic and skill. He got there early, stayed late, was involved in the community, and did everything the local hero should do. And they loved him for it.

At first, the road fans hated him. He was good. They knew it and hated him for it. Over and over, his team had beaten theirs, many times with him as the late-inning hero. Yet, no matter how much they booed and heckled him, he was always gracious, smiling about it in his post-game interviews. Over time, the fans on the road came to respect him, even cheering for him during his career farewell tour.

Proverbs 16:7 speaks about this kind of person: “When a man’s ways are pleasing to the Lord, he makes even his enemies to be at peace with him.”

How does that happen?

Take a long walk with Jesus in the same direction. Just keep plugging away. Just keep getting to know him through daily time in the Bible and prayer. Just keep being faithful right where you are. Just keep loving him and loving people. Just keep denying yourself, taking up your cross daily, and following him (Luke 9:23).

Then watch what God does in and through you to reach even those you once considered enemies.

Lord Jesus, you died for your enemies. Please give me favor and influence with mine. Amen.