Love Them Enough to Tell Them the Truth 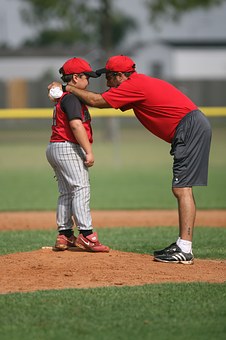 He entered coaching with one goal: to impact the lives of young men through the game of baseball. Over the years, he noticed something. Of all the things guys seemed to benefit from most, what they seemed to cringe about at first, what they seemed to crave later, what no one else seemed to do for them became obvious to him: no one would tell them the truth. At least not in a way they would receive it.

He found Proverbs 14:25 to be true–“A truthful witness saves lives, but he who speaks lies is treacherous.”

Instead of hearing the truth, most of them got a combination of double-talk, sarcasm, and apathy.

What they needed was someone to love them enough to be honest with them.

He took the challenge.

With the kid who had always been good just because of his size, he spoke truth about his need to work.

With the kid whose parents spoke with only disdain to him, the coach helped him see what was good.

With the kid who underachieved, he talked about the harm of that for the future.

With the kid who bullied his classmates, he informed him quickly of the ensuing consequences.

He was honest, always speaking the truth to his guys. At first, they didn’t like it because it was foreign. Later, they came to appreciate it and look forward to their conversations with him.

Ultimately, they understood that he loved them enough to tell them the truth about life and themselves, even if it hurt. He wasn’t rude or brutally honest, and never made it about himself. He just spoke truth and life to them. As he did, he opened their eyes, caused them to think, and drew them in for deeper conversations about even the Gospel and eternity.

Love your guys enough to tell them the truth. Pray for chances to speak about what really matters.

Lord Jesus, help me not just to be another typical coach. Fill my life with your truth and help me to spill it everywhere. Amen.