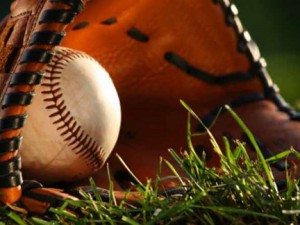 He could never find the right team. He became a baseball mercenary as a kid, playing for a different travel team each year, sometimes two in the same year. He went to three different high schools, always looking for greener pastures. Nothing ever seemed to satisfy him…no amount of playing time, team wins, or accolades could keep him in one place for very long.

His dad laughed it off, even encouraged it, saying they were always just trying to find the best fit for him. His coaches didn’t particularly like it, but he was a good player, so they just took what they could get from him. Parents of teammates just shook their heads.

No one ever stopped him, taught him the value of loyalty, commitment, and faithfulness. He paid dearly for it later in life when he quit job after job and marriage after marriage.

What we learn as kids, we carry into adulthood. If we are taught that doing whatever is most beneficial to us–like the kid in the hypothetical story above–is all that matters, we will grow up to be men who lack faithfulness, who can’t keep a commitment, who aren’t reliable in any relationship.

The verse in Proverbs speaks about how unwise it is for a bird to wander from the safety of the nest. In the same way, it says, it is unwise to wander from one’s home, which symbolizes a man who cannot fulfill a commitment to his family.

As parents and coaches, part of our job is to train our young men to be people of commitment and faithfulness. If we make it easy for them to back out now, they will find it easier to wander from their homes later. Yep, it’s that serious.

Lord Jesus, make me as faithful as you are, and show me how to train my sons and players to do the same. Amen.