Don’t Run–It’s Not Worth the Risk 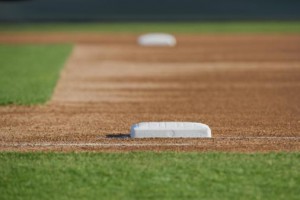 Ivan Rodriguez. Yadier Molina. Johnny Bench. In their primes, no catchers’ arms were more feared than these guys. Runners knew they had better figure out the pitcher’s timing and get a jump based on that. If they were a split second late in taking off from first, Pudge, Yadi, and Bench would nail them at second.

Many baserunners simply chose the more prudent option: don’t run–it’s just not worth the risk.

Proverbs 7:26 highlights someone else whose aim is deadly and whose victims are numerous–“For many are the victims she has cast down, and numerous are all her slain.”

In chapters 5-7 of Proverbs, the Scripture is redundant (that’s the point) about how foolish it is to “run” on the “wayward woman.”

Of course, the father who gives this wisdom to his sons personifies this woman literally, pointing to one who cares nothing for the young man’s marriage and purity.

She also symbolizes sin in general, which operates with the same characteristics she does–temptation, seduction, boldness, half-truths, and ultimate destruction.

Like this woman used as the example, sin’s victims are many and the numbers slain are incalculable.

Like a manager who tells his guys not to run on Johnny Bench, God wisely commands us to avoid sin.

That’s what sin would have you believe.

And you’d be out at second on your foolish steal attempt.

God commands that we avoid sin because it’s foolish. At its heart, sin is rebellion against holy God. Because God is holy, sin cannot be tolerated in his presence. Because he is loving, he wants us in his presence. Therefore, he speaks strongly against sin.

God commands that we avoid sin because it’s just not worth it. It’s amazing how we will give so much away for a few moments of pleasure. God sees the consequences and pain that we pretend won’t result from our sin.

God commands that we avoid sin because it will always take us farther than we want to go and cost us more than we can afford to pay. Its victims are piled up like those who tried to steal against Johnny Bench.

God is holy, so sin is intolerable to him. God is loving, so sinners can be forgiven. The penalty for our sin was dealt with on the cross, as Jesus died to meet God’s holy standard of judgment against it. And, by faith, we can receive his loving offer of reconciliation.

Lord Jesus, show me clearly how to avoid sin. Thank you for taking my place on the cross. Amen.