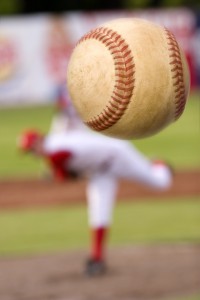 He looked the part. Wore his uniform well, threw hard, had wonderful bullpen sessions. He had all the tools and the appearance that coaches and scouts salivated over.

But his outings were disastrous. He commanded nothing once the game began. He soon proved to be someone who looked good, but destroyed whatever he touched on the field. If he started the game, his team was quickly in a hole. If he came in as a reliever, any lead soon evaporated.

Soon enough, everyone saw that he couldn’t be trusted, despite loving what they saw at first.

Proverbs 7:16-17 speaks of a woman just as destructive to life as that pitcher is to a game: “I have spread my couch with coverings, with colored linens of Egypt. I have sprinkled my bed with myrrh, aloes, and cinnamon.”

The write here, of course, refers to an actual woman who sets her sights on a young man with whom she can enjoy a night of sexual pleasure. To entice him, she shows herself off. Beautiful (we might say “hot” today), seductive, flirty, available, secretive…she has all that makes a man salivate.

She, like the pitcher with great bullpen stuff, shows off what she has to offer–the young man need only follow her to enter a realm of ecstasy he’s never known before.

But, as the rest of the proverb teaches, her bed is a destructive pit that only fools fall into. She destroys the lives of those she beds and they suffer dire consequences of their reckless actions.

Much more destructive than the pitcher who can’t command his fastball, this woman has no discretion, nor do those who follow her lead. While it might seem exciting for a while, her path inevitably leads to judgment from God.

A few things to put into practice after reading these verses:

First, look beyond the exterior. When choosing friends, girlfriends, or mentors, be sure they pass more than the “look” test. Do they have godly character, faithfulness, and discipline?

Second, no, you won’t be the one to get away with it. The pitcher who can’t command his pitches, no matter how great the stuff, will still come back to haunt the coach. Likewise, foolish decisions (even if you really want to do whatever it is you want to do) will incur natural consequences and the discipline of the Lord. One day. Some day. Whenever. But it will happen. You are not uniquely gifted to avoid all of that.

Third, ask God to enamor you with the kind of pleasure only he can bring into your life. Ask him to help you not to settle for the fleeting things that this world offers, but to set your eyes on the things of God.

Lord Jesus, give me wisdom, discernment, and self-control, just like you exhibited when you walked this earth. Make me pure in heart. Amen.