Winning with People You Hate 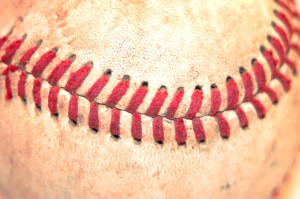 There are some who say team chemistry doesn’t matter. Just get the best players you can find, put them on the field, and success will follow, regardless of whether or not they like each other. Honestly, it’s hard to argue with that. Talent is talent, even if talent is a jerk or a team full of jerks. You don’t have to be a nice guy to be a good baseball player, nor does your team have to be full of guys who love each other in order to win. I hate to burst the bubble of those who would argue otherwise, but just looking at history proves this point. Many teams through the years won despite what we later learned was going on behind the scenes.

However, if I’m on one of those teams, or if I’m coaching it, I have to stop and ask myself, “Is this really worth it?” Sure, the team won, but everyone hated each other. Ah, such great memories! To say that winning cures all ills is short-sighted and foolish. Winning is certainly the goal of playing the games, but there’s just simply more to it than that.

Proverbs 17:1 provides some great wisdom. “Better is a dry morsel and quietness with it than a house full of feasting with strife.”

If we’re honest, we must admit our hesitancy with this truth. We love to win. We hate to lose. It sounds like a cute and nostalgic way of thinking…this idea that “I’d rather lose with these guys than win with those guys.” And some of us just have trouble believing there’s anything more important than winning, regardless of the relational outcomes.

But, what if God really doesn’t care if you win? Seriously. What if he doesn’t? What if he would rather see you and your teammates and the guys you coach have great relationships that last a lifetime, than for you to win championships and pretend to like one another? (And, if you’re a coach, what is that teaching your players?)

Team chemistry might not always matter if your talent is good enough to win regardless. But I know for sure that God cares more about the character of your team than it’s won-lost record.

And, in the long run, so will you. The stories I tell about great teams I played on don’t just focus on the winning. In fact, I find myself continually amazed at how often I talk about how much we all loved one another while we were winning. I doubt I would feel the same about the championships had I played with a bunch of guys I hated.

The character of a team might not be quantifiable in a box score, but it matters to God and must therefore matter to us.

Lord Jesus, rewire me to see what you see, to desire what you desire, to seek what you seek. Use me to make my team one of character, whether we win them all or lose them all. Develop in me a deep love and concern for my teammates or the guys I coach.