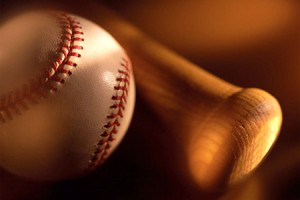 Throw a perfect game or hit four home runs in a game?

Make a diving play to save the game or hit a walkoff home run?

In each of those scenarios, the choices are really a matter of preference. Both are great outcomes in each case. Every coach wants guys who can do both! Every player dreams of being that kind of hero for his team.

Proverbs 19:22 presents a far more important “Would You Rather?”: “What is desirable in a man is his kindness, and it is better to be a poor man than a liar.”

Would you rather be a great coach/player or be a person of godly character?

Seriously, if you had to choose, which one would it be? It’s not as simple as it sounds. And, obviously, the two are not mutually exclusive. Both are possible, but that’s not the point of the proverb.

The point is which is more important. Being a great player or coach? Or being a person of godly character?

These are the choices being made everyday on your team.

Players: one day, you won’t be a player anymore. But you’ll be a man. The only question is what kind of man you will be. If your quest for greatness on the field turns you into an unkind, self-focused jerk, it’s not worth it. Better to be a lesser player than someone without any character.

Coaches: your character is always on display. Always. “What is desirable in a (coach) is his kindness, and it is better to be a poor (losing) man than a liar.” Think of it that way. The winningest coach is still just a man, a man who will answer to God for who he is, not how many games he won.

Lord Jesus, today I choose godly character. Remind me always of what is most important in my life as a player or coach. Whether I win or lose, succeed or fail on the field, use it all to develop the godly character you want in me. Amen.