It Would Be Great If (But That’s Not Reality) 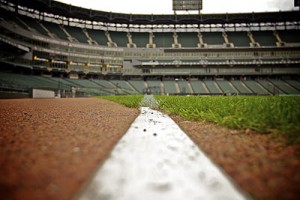 There’s part of us that believes it will happen. Somewhere inside us, we so want it to be true. Reality tells a different story, however. That coach doesn’t always win. In fact, sometimes he loses a lot. That player doesn’t always get a hit. Sometimes he strikes out a lot.

On the field, those guys don’t always come out on top.

But Proverbs 11:25 gives a different perspective. “The generous man will be prosperous, and he who waters will himself be watered.”

The reality is that success on the field might not be the reward for the coach and player described above. But the thing about those guys is that they probably aren’t looking for mere success on the field, anyway. Their sights are set on things far more important than that.

The coach will love his players, speak kindly to them, build them up, and pick them up, even if they never win a game for him. He’s just that kind of guy. He’s come to know the heart of God in such a way that he’s no longer governed by winning and losing. He’s just “generous,” as the proverb says. He just “waters,” even if he can’t see the growth.

The player will still do extra work, encourage his teammates, and be respectful to his coaches and parents, even if he doesn’t make the big leagues. He’s just that kind of guy. He’s come to know the heart of God in such a way that his values aren’t tied to his performance on the field. He’s just “generous” and just “waters.”

And here’s the thing. Any success these guys might experience on the field pales in comparison to what they receive in the long run. Whether in this life or the next, those who have come close to God through his Son Jesus and, as a result, live by his principles regardless of the outcome, these are the guys who are truly “prosperous.” They prosper in relationships, in love, and in the appreciation others have for them. The watering they’ve done in the lives of those around them eventually becomes part of the “well done, good and faithful servant” talk from Jesus.

Lord Jesus, make me as generous as you. Enable me—and remind me—to be in the business of “watering” those around me with your love and grace, whether I win or lose. Amen.