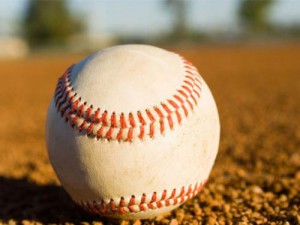 I get to coach an incredible bunch of young guys. They are special. Individually, they are varied in talent, interest, and experience, but collectively, they work harder than any group I’ve ever been around at any level. They are resilient, coachable, and fun to be around. And they’re only 11 years old!

Some teams have been playing for a while now, but our game/tournament season starts this weekend. Like any coach, the games make me anxious. I want the boys to do well and it kills me to consider that they might not. I want them to have a great time, but I know how cruel the game can be. I want them to win every game, but I know that’s unrealistic (in baseball and in life).

There’s so much I can’t control once the games start. And that’s why I’m so anxious. I’m a control freak.

So, I’m forced back to where I should be in the first place: on my knees in prayer for my team.

Here’s what I’m praying this year for the team I’m blessed to be around.

I’m praying that they will understand just how much Jesus loves them. Just because they exist. Not because of anything they do or don’t do.

I’m praying that the boys will not define themselves as people by their performance on the field. So many of us do this. And we’re miserable in the long run.

I’m praying that, as a coach, I will not define myself as a person or as an influencer of young men by the performance of my team–AND MY SON–on the field. I’ve faced no greater challenge as a coach and dad than this.

I’m praying that they will be kept from serious injury. Getting hurt is part of the game. They’ll get hit by pitches, have to dodge bad hops, and get hurt in a variety of other ways. I just pray they won’t have to face a serious injury that will take a season of baseball away from them.

I’m praying that they will stay close to their parents. At 11-years-old, the boys on my team aren’t far from the stereotypical time when kids and parents begin to have larger problems than simple disobedience. It’s my prayer that God will use baseball to draw and keep them close together, this season and beyond.

I’m praying that they can endure. Endure what? Everything. Success. Failure. Unfair circumstances. Not playing the position they want. Not batting in the spot they want. Baseball is hard and sometimes unfair. So is life. If they learn to endure now, perhaps they can later when more is on the line.

I’m praying for unity among the players, parents, coaches, and anyone else associated with our team. Only God can bring that.

I’m praying for in-the-moment wisdom. I need it. All the time.

I’m praying that, no matter what happens, that these boys will look back and remember that someone, and lots of someones, loved them when they played ball at 11 years old. It breaks my heart to see kids left unloved. Sure, there must be standards and expectations. That’s not the point. Love includes that, of course. It’s just amazing to me how transactional most coaching is. Love is transformational in the lives of kids.

I’ll be anxious as our games begin, so I’ll be in continual prayer. I hope you’ll join me.